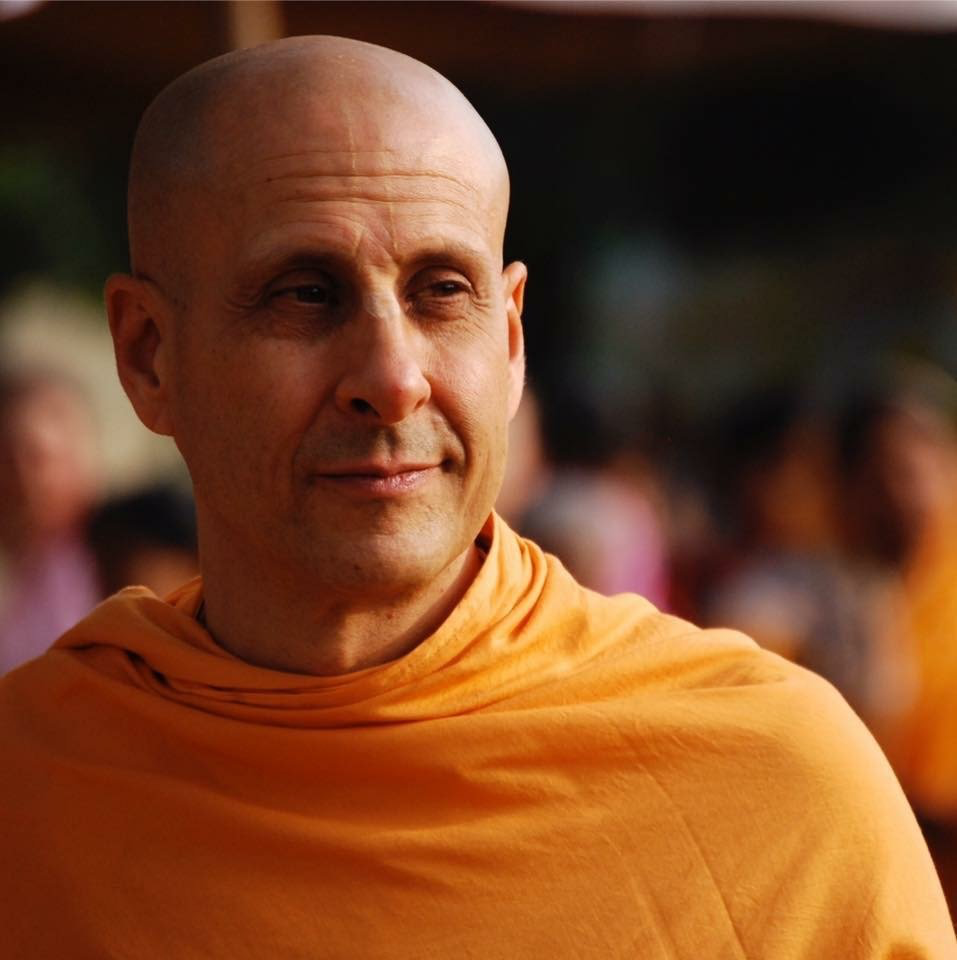 His Holiness Radhanath Swami was born in Chicago, USA. In his teenage years, he embarked on a journey of discovery of the world and religion that ultimately led him to India where he met Srila Prabhupada in 1971. He served as a cowherd at a West Virginia farming community and was initiated by Srila Prabhupada (1973). Amongst other books, Radhanath Swami is the author of The Journey Home: Autobiography of an American Swami.

Radhanath Swami became a member of the GBC in 1996. Radhanath Swami has directed a number of acclaimed social action projects including Midday Meals, daily serving over 250,000 plates of pure vegetarian food to the children in the slums of Mumbai. He has also inspired the Bhaktivedanta Hospital to establish 14 missionary hospitals and eye camps, schools and ashrams, an orphanage, and a number of emergency relief programs throughout India.

He has been the main inspiration behind the eco-friendly farm Govardhan Eco Village in Maharashtra which is made as a replica of the original Vrndavana. They have also developed a number of eco-friendly technologies giving them many prizes and have reached out more than a thousand farmers through the Wadi program.